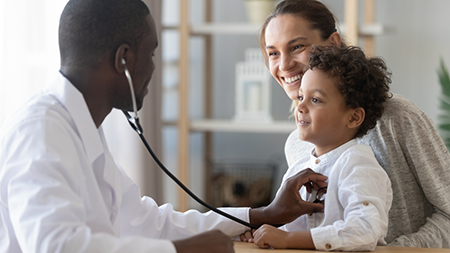 Genetic testing looks for changes in your DNA that can inform your medical care. Talk to your doctor about whether genetic testing is right for you.

What is genetic testing?

After learning more about genetic testing, you might decide it's not right for you. Some reasons might be that it's not relevant to you or won't change your medical care, it's too expensive, and the results may make you worried or anxious.

There are many different types of genetics tests. There is no single genetic test that can detect all genetic conditions. The approach to genetic testing is individualized based on your medical and family history and what condition you're being tested for.

Panel testing - A panel genetic test looks for changes in many genes in one test. Genetics testing panels are usually grouped in categories based on different types of medical concerns. Some examples of genetic panel tests are low muscle tone, short stature, or epilepsy. Panel genetic tests can also be grouped into genes that are all associated with higher risk of developing certain kinds of cancer, like breast or colorectal (colon) cancer.

Exome and genome sequencing are ordered by doctors for people with complex medical histories. Large-scale genomic testing is also used in research to learn more about the genetic causes of conditions. Large-scale genetic tests can have findings unrelated to why the test was ordered in the first place (secondary findings). Examples of secondary findings are genes associated with a predisposition to cancer or rare heart conditions when you were looking for a genetic diagnosis to explain a child's developmental disabilities.

Testing for changes other than gene changes

A good way to think about genetic testing is as if you're asking the DNA a question. Sometimes we don't find an answer because we weren't asking the right question or science just didn't have the answer yet.