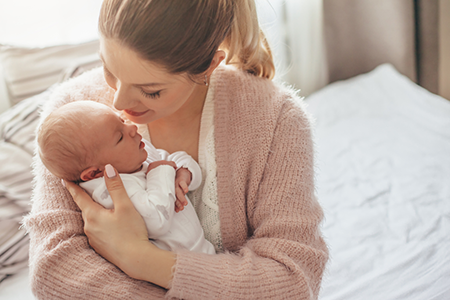 Symptoms of group B strep (GBS) disease are different in newborns compared to people of other ages who get GBS disease.

In newborns and their mothers

The symptoms of GBS disease can seem like other health problems in newborns and babies. Symptoms include:

Women who give birth to a baby who develops GBS disease usually do not feel sick or have any symptoms.

Symptoms depend on the part of the body that is infected. Listed before are symptoms associated with the most common infections caused by GBS bacteria.

Symptoms of bacteremia (blood stream infection) and sepsis (the body's extreme response to an infection) include:

Symptoms of pneumonia (lung infection) include:

Skin and soft-tissue infections often appear as a bump or infected area on the skin that may be:

People with skin infections may also have a fever.

Bone and joint infections often appear as pain in the infected area and might also include: