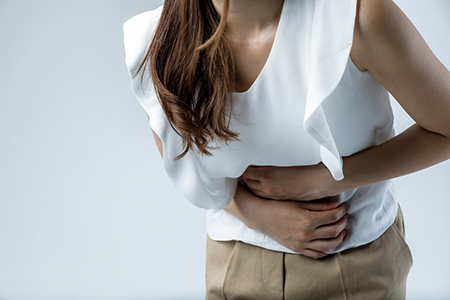 An ovarian cyst—the name for a fluid-filled sac on or inside the ovary—is a common gynecologic condition. While there are different types of ovarian cysts, the majority of cysts in premenopausal women form as the result of normal ovulation during your monthly cycle.

If you’ve recently found out you have an ovarian cyst, it usually isn’t a concern. Your OB GYN can talk to you more about your specific condition or symptoms, including answering these common questions.

Will my cyst cause symptoms?

In some cases, you may only find out you have an ovarian cyst as part of a routine exam or after an imaging test. That’s because many women have cysts and never know it. They often don’t cause any symptoms.

If your cyst does cause symptoms, the U.S. National Library of Medicine says these might include pressure, bloating, or pain on the side of your lower abdomen where your cyst is located. Because abdomen and pelvic pain are symptoms for many other conditions too, if you have consistent or worsening pain, get it checked out.

Can my ovarian cyst be an emergency?

It’s not typical for an ovarian cyst to need emergency medical care. However, in some cases, an ovarian cyst can rupture. Especially if the cyst is large in size, this could cause internal bleeding that requires immediate attention. There’s also a small possibility of ovarian torsion—where the ovary becomes twisted. This condition can cut off blood flow to the ovary and cause lasting damage.

If you’ve been diagnosed with an ovarian cyst, it’s important to know the warning signs that you need to see a doctor. The Office on Women’s Health says to seek medical care if you have sudden, severe abdominal pain, fever with vomiting, fainting or dizziness, or rapid breathing.

What increases my risk of cysts?

A few other gynecologic conditions may increase your risk of ovarian cysts. For example, polycystic ovary syndrome gets its name from the multiple small cysts often found on the ovaries of women with the condition.

In endometriosis, cells from your uterus may grow on the ovary causing a specific type of cyst called an endometrioma. If you’re pregnant, a cyst is more likely to form, especially at the beginning of your pregnancy. Typically, these go away on their own by your second trimester.

Do ovarian cysts cause ovarian cancer?

Most ovarian cysts are considered “functional cysts.” This means they occur when a follicle in your ovary releases an egg. A cyst can form when the follicle doesn’t release the egg properly or if fluid builds up after the egg is released. Typically, these cysts aren’t connected with an increased risk of ovarian cancer.

One study published in JAMA Internal Medicine showed less than 1 in 1,000 women with this type of cyst developed ovarian cancer after three years. The study found that only complex cysts or solid masses on the ovaries had a connection to cancer later on. Because your risk of ovarian cancer is based on many factors, such as age and family history, talk to your OB GYN if you have more questions about your risk.

What kind of treatment will I need for my cyst?

If you have a functional cyst that isn’t causing concerning symptoms, your OB GYN may recommend you simply monitor it. Often, the cyst will resolve after a few months. If you have cysts that keep occurring, hormonal birth control pills that stop ovulation can help prevent them.

A small percentage of women may eventually have surgery to remove a cyst that lasts for several months. The American College of Obstetricians and Gynecologists says this may be an option for you if your cyst grows very large, it’s causing a lot of pain, or it looks unusual on an ultrasound.

If you have a condition like endometriosis or polycystic ovary syndrome that’s causing cysts, your OB GYN can guide you on options based on your complete treatment needs. With monitoring and care, he or she can help you make the right choice for your health when it comes to ovarian cysts.

American College of Obstetricians and Gynecologists